The site of a historic cotton mill that launched the career of Manchester’s first multi-millionaire has been given a new lease of life by Southway Housing Trust to provide vital social housing for older people.

The first residents are currently moving in at Gorton Mill House, built by Southway on the site of the former Gorton Mills, in Abbey Hey Lane.

The development will provide 106 high quality, low-carbon ‘With Care’ apartments for social rent for people aged 55 and over. Residents can enjoy landscaped gardens, a communal lounge and events room, laundry and can access a flexible range of 24-hour on-site care and support depending on their needs, as part of Southway’s ‘Age Friendly’ offer.

Among the first to move in are Gwen and Vic Nuttall, who have lived in Gorton all their lives and are delighted with their new home, having taken the opportunity to downsize and benefit from the flexible Age Friendly support available. 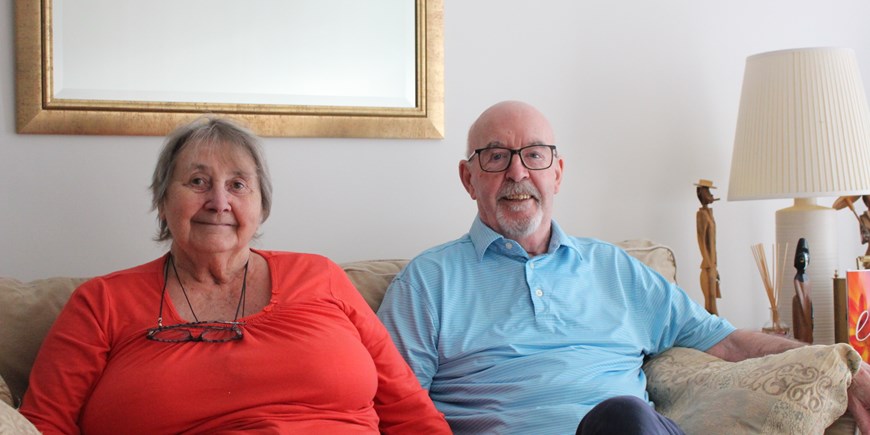 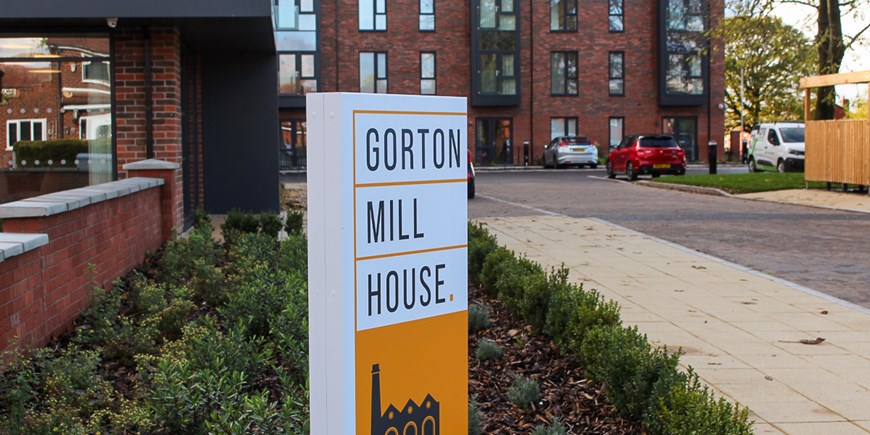 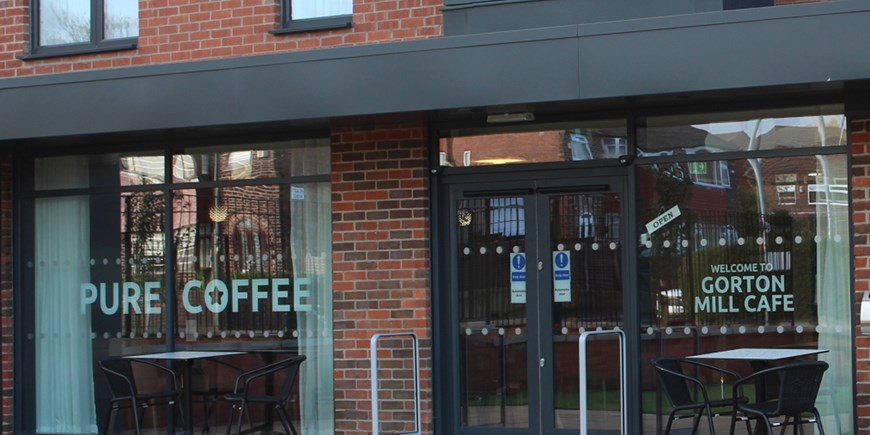 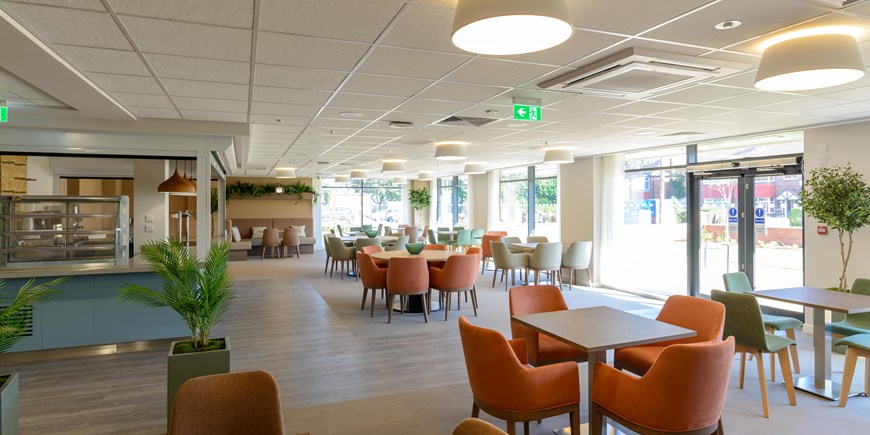 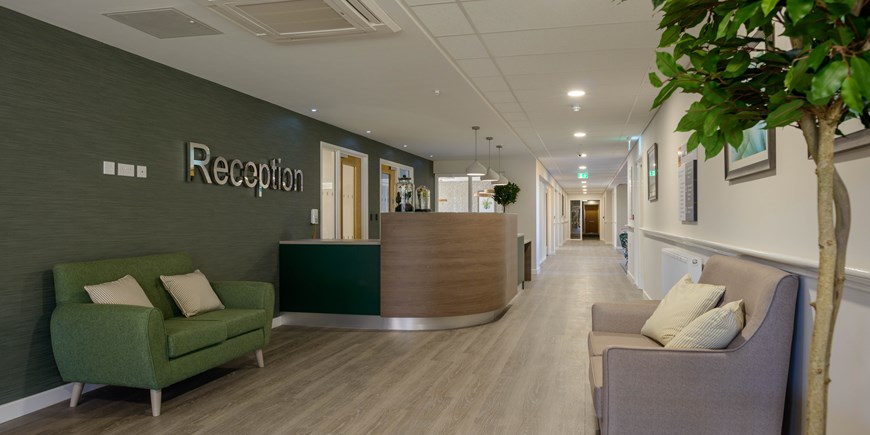 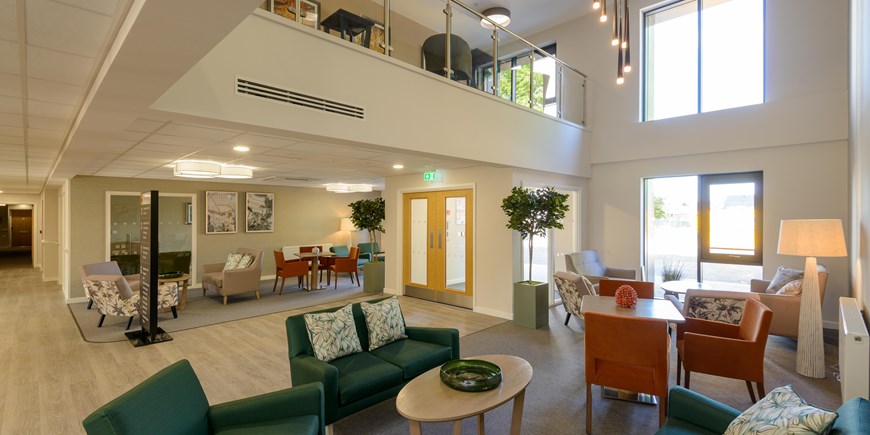 Gwen, who previously worked in education and also owned and ran several convenience stores and shops in Gorton, said: “The place is like a five-star hotel, it’s beautiful. The staff are really kind and thoughtful and I feel now that I’m safe - they have really thought about elderly people and it is well planned-out.

Vic, a retired black cab driver, added: “They have obviously considered everything when they designed it and we have a quiet balcony with a nice view for the summer. The process of moving here was simple and I would recommend it to other people without a doubt.”

As well as meeting a desperate need for housing with care in the area, Gorton Mill House has also transformed a brownfield site into a genuine asset for neighbours and families in the locality, who are welcome to use a new community café and a hair and nail salon included in the £17million development.

"Gorton Mill House has created more than 100 high-quality new homes and a supportive environment tailored for older residents, while also providing new community facilities for our neighbours in the surrounding area to enjoy. This scheme was born from a great need and demand for With Care housing in this area and we are grateful to all our partners for helping us to realise our vision of transforming this historic but forgotten site. Most of all, we are delighted to welcome our new residents to their new homes.”

An archaeological survey, carried out by the University of Salford before construction work began, unearthed buried foundations and other structures from the original mills, along with artefacts left behind by workers such as beer and medicine bottles, ceramics and even one smoker’s clay pipe. Southway plans to put some of these items on display at Gorton Mill House to bring the area’s past and present together.

One area where the new development drastically differs from its industrial past is in the use of renewable energy sources. Unlike the coal and steam-operated mills, the new apartments – 43 one-bedroom and 63 two-bedroom homes - will benefit from ground source heat pumps as an alternative to gas, as well as solar panels and electric vehicle charging points.

This will help reduce tenants’ energy bills and the overall environmental impact of the scheme.

Gavin White, Executive Member for Housing and employment at Manchester City Council, which supported the scheme, said: “This development is hugely welcome as a twin boon of bringing underused brownfield land back into use, while providing much-needed low-carbon, affordable homes for older people.

“This is just the type of project we need in our communities that support people as they grow older to access homes right for them, should they want to move from a family home."

Like what you see? If you are interested in moving into a new home at Gorton Mill House you can contact Southway Housing Trust by calling 0161 448 4200 or emailing AFapplications@southwayhousing.co.uk