Today, Southway Housing Trust celebrates winning yet another prestigious Green Flag Award at Barlow Hall in Chorlton, recognising this green space as one of the country’s best for the sixth year in a row.

The Green Flag Award – now into its third decade – is a benchmark standard that celebrates the very best parks and green spaces across the UK and around the world. Managed by environmental charity, Keep Britain Tidy, under licence from the Department for Levelling Up, Housing and Communities, it recognises and rewards the hard work and dedication that goes into creating and maintaining vital green spaces.

In a record-breaking year for the award, Barlow Hall is one of 2208 UK winners to be given the award. More impressively, Southway Housing remain the first and only housing association in the North to have ever been awarded the flag, and only the second in the UK! 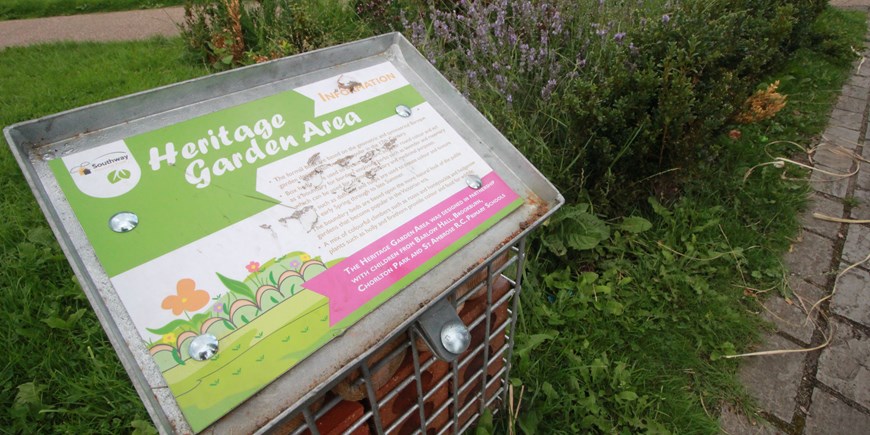 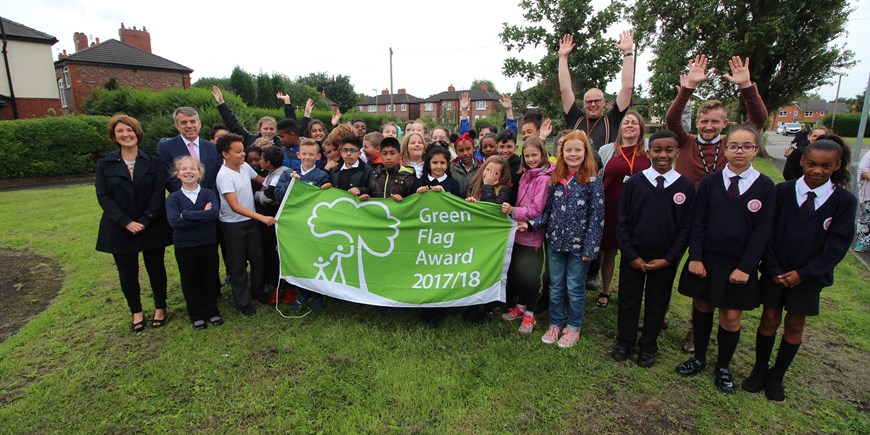 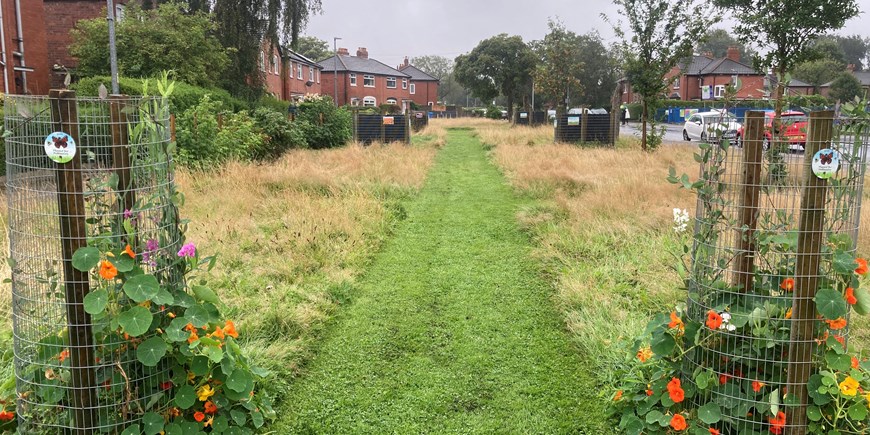 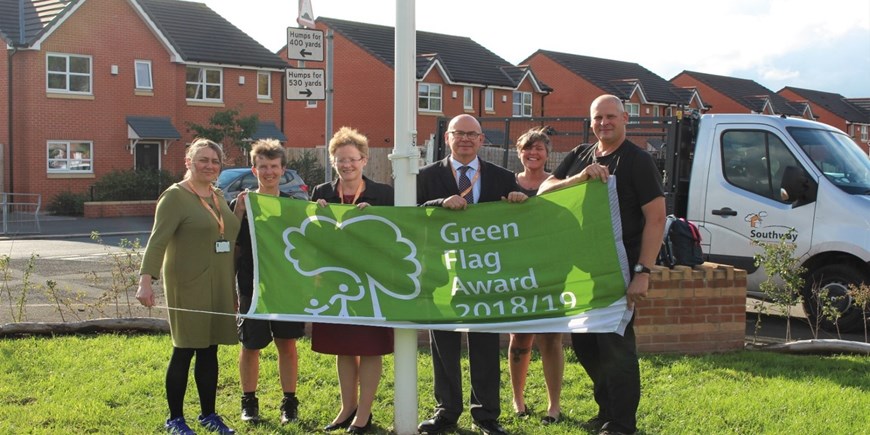 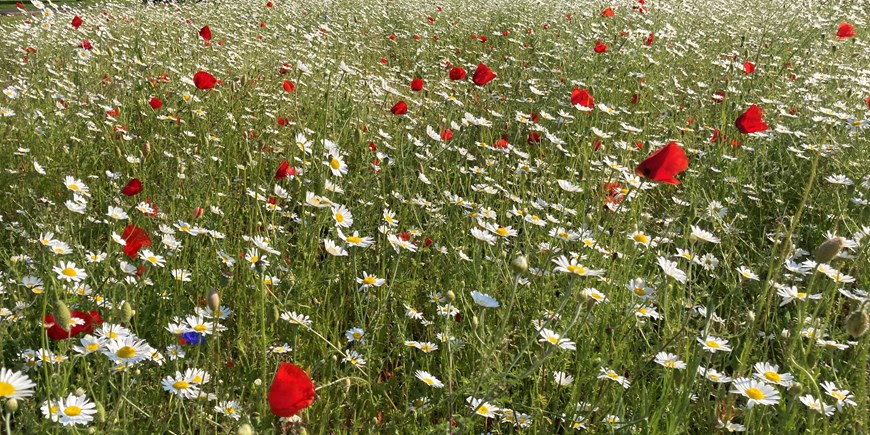 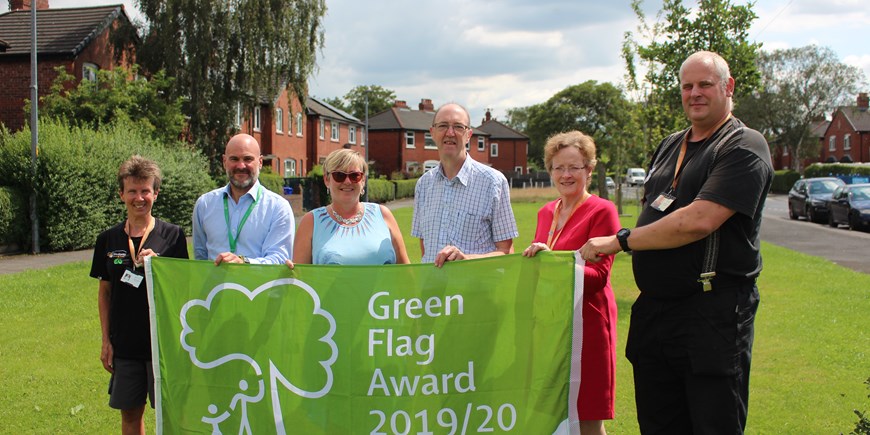 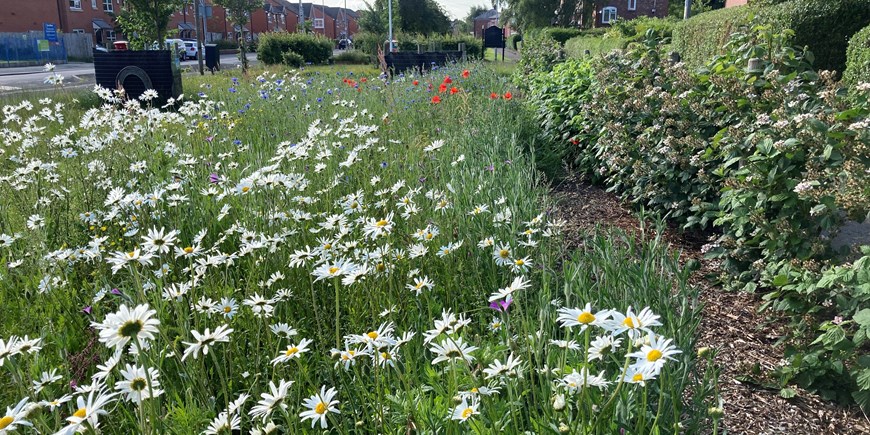 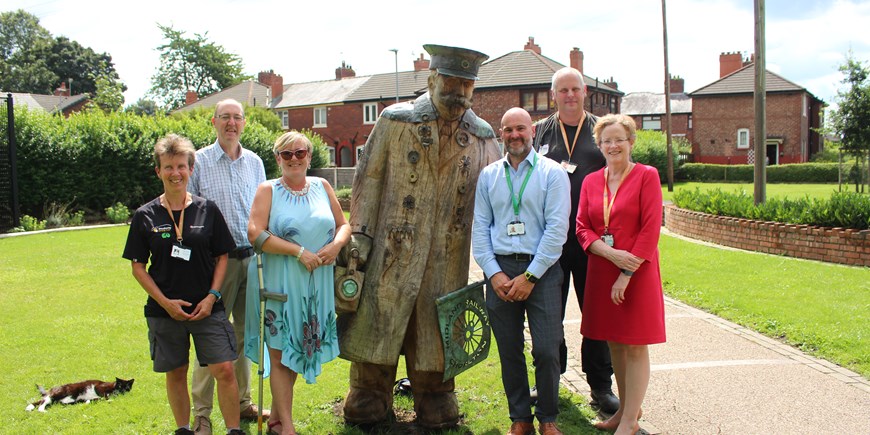 Now more than ever, we understand the importance of green spaces where nature and communities can help each other thrive. Following the challenges of the pandemic, Southway’s Environment team and Urban Rangers, Debbie Wallace and Luke Stuttard, have worked hard to develop what used to be grass verges on an urban housing estate into a ‘virtual urban park’. Today, not only does Barlow Hall promote wildlife and biodiversity, but it also celebrates community events, education and play in an area that meets the highest environmental standards.

Since winning the award last year, the team of staff and volunteers behind Barlow Hall have delivered everything from wildflower planting workshops to scything and fruit tree pruning courses so that residents can help manage the site. There has also been a flourishing programme of guided walks and biodiversity events which will continue through summer and into autumn, with a focus on plants that can be planted in residents’ gardens to support wildlife diversity.

To have received the Green Flag Award for the sixth consecutive year is something we’re incredibly proud of, especially following the challenges of the last two years. This award is testament to all the hard work that our team has put into maintaining such high standards at Barlow Hall – giving our community somewhere to relax, exercise, and reconnect with nature, as well as friends and family.

Commenting on the news that Barlow Hall has won its sixth award, Keep Britain Tidy’s Accreditation Manager Paul Todd said: “I would like to congratulate everyone involved in making Barlow Hall worthy of a Green Flag Award.

“Barlow Hall is a vital green space for the community in Chorlton. This award recognises the hard work of the staff and volunteers who do so much to ensure that it maintains the high standards demanded by the Green Flag Award.”